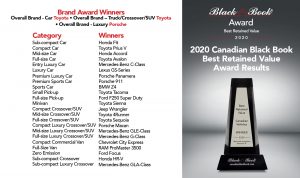 Get Trade-in Value Price a New Car Price a Used Car
Imitating the Porsche 911's trademark silhouette, the Panamera achieves the near-impossible by combining the lines of a sports car while bringing rear seat passenger along for the (fast) ride, in comfort. When Porsche set out to make large luxury sedan, they perhaps wisely, elected not to follow the so-called three-box styling formula normally used in this segment. Panamera is a large car with a wide, low stance and a sweeping fastback profile with a rear hatch for extra versatility. While it may look different from competition, it stays true to the Porsche family following the recipe for luxury inside with lashings of leather and features galore. The front seat designs are very similar to the 911 while in the back, the seats offer enough space for two adults to sit comfortably. While luxurious, it leans more to the performance side of things, in keeping with the Porsche name. It delivers on the promise in engine performance department and the handling is there to match. Often it pays to be unique, it helps keeps values strong and win awards like this one. The Porsche crest on the front doesn't hurt either.